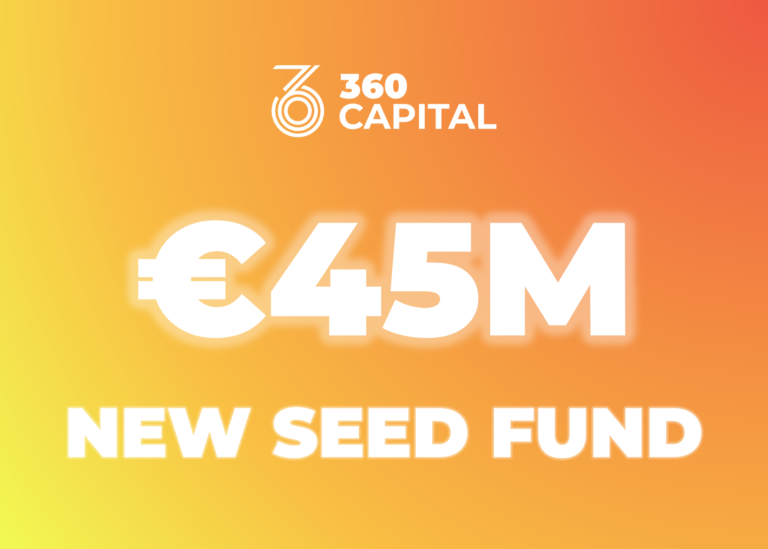 360 Capital is pleased to announce the launch of its 360 Square II early-stage fund with a closing of €45M.

This comes on the back of the highly successful 360 Square I which among its 24 investments winners such as Exotec (France’s 25th unicorn), Preligens, Casavo, Alsid (sold to Tenable), Bergamotte (sold to Bloom&Wild), Tediber (sold through a management buyout), Tiller Systems (sold to SumUp) and, and Neutrino (sold to Coinbase).

Leveraging its predecessor’s strategy, 360 Square II will continue targeting early-stage tech companies (pre-seed and seed) with a balanced focus on Deeptech, B2B software and consumer tech. As bold trend seekers, 360 Capital seeks talented founders across Western Europe (France, Italy, Spain in particular) to support their ambitious projects with tickets from €200K to €2M. Two investments have already been committed and will be announced shortly.